A View on Chinese Equities

At Aitken Investment Management, we remain positive on Chinese equities listed in Hong Kong and today we thought we would update you on our structurally bullish view on Chinese tourism and our biggest single investment in that theme.

After 50 years, Sydney is getting a second airport and Melbourne - wait for it - is potentially getting a train line to its airport...

While Australian infrastructure upgrades move at a snail’s pace, completely the opposite is happening in China where major investments in critical transport infrastructure, particularly airports, will drive an Asian tourism boom the likes of which has not been seen since the Japanese tourism boom of the 1990s. We remain extremely bullish on the outlook for Asian tourism, but most specifically Chinese tourism. This is a genuine structural growth theme that we believe in and are invested in.

A rising middle class, significant investment in travel infrastructure and very supportive government regulation all come together to drive this growth in Chinese tourism. In particular, we are very positive about the outlook for air passenger volume growth in China (both domestic and international).
Chinese air passenger numbers have grown at a compound average growth rate of around 12% pa over the past decade, and we expect growth will remain around these levels for the medium term.

The Chinese government is investing in infrastructure to meet this booming demand. China currently has 229 civil airports and has plans in place for a further 47 to be built by 2020. Beijing’s Daxing International Airport (see below) will open in 2019 with eight runways and room for 100 million passengers, becoming the world’s largest airport. Interestingly, China has over 100 cities with >1m population compared to the US with only 9 cities, suggesting the rollout has even further to run. This growth can be seen in the carriers as well, with OAG, a flight data firm, showing that the flight capacity on Chinese planes flying from China and America rose from 37% to 61% between 2011 and 2017. 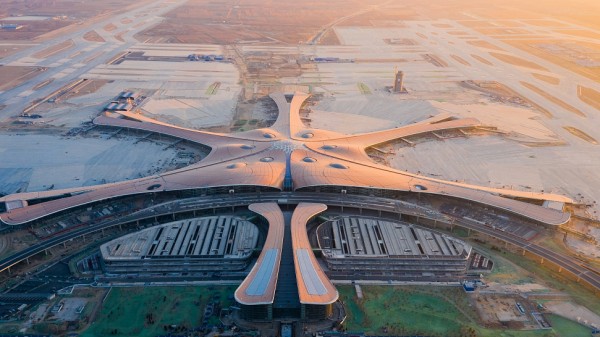 In 2017, Chinese airports handled about 1.2 billion passengers, up 13 per cent from 2016, and fueling the investment theme that has outpaced Chinese GDP over the last decade. 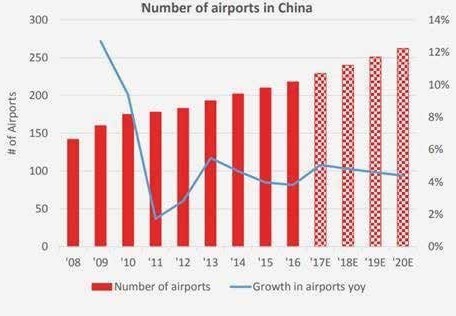 “The key driver will continue to be the rising middle class”

We believe the key driver will continue to be the rising middle class and the shift in consumer behaviour towards leisure consumption. According to the Bank of Singapore research, only about 10% of the Chinese population has an annual disposable income more than US$10,000 (A$13,200), but this group is expected to more than triple in size to above 30% of the population by 2030. Also, fewer than one in 10 Chinese citizens hold travel passports versus four out of 10 in the United States. Consumer confidence will continue to rise as Chinese Middle-class households continue to grow. Disposable income per capita of Chinese urban residents grew from about 6,000 yuan in 2000 to 33,000 yuan in 2016.

Increasingly favourable legislation both in China and from other countries, giving Chinese tourists greater access to foreign destinations, will also help growth. A paid annual leave system in China has been suggested by the government and according to the Bank of Singapore, this will increase the annual leisure time available to the average Chinese person, which is 25% to 35% below that of developed countries. It would be fair to assume some of this time will be used to travel.

TravelSky (696 HK) is one stock that we believe gives direct exposure to this theme:

TravelSky is currently trading on 16.4x FY19 earnings, has a two year EPS CAGR of 18.5% and has over 10% of its market capitalization as net cash. We believe the company is fundamentally cheap and will continue to benefit from the aforementioned industry tailwinds. 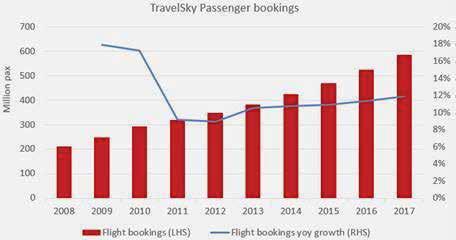 TravelSky is a key position in the AIM Global High Conviction fund and we will continue to monitor the Asian tourism theme closely, looking for further ways of investing in the theme.