After the Volatility, Who Makes the Cut?

What should be made of all this volatility? Is it logical for the global markets to be down 5% one day, and then up the same amount the next? And then to repeat the process, broadly, for months, as we have seen?

Since the 2008 financial crisis – and this isn’t one of those – this is the longest period of volatility we have had. It is wrong to dismiss it – but it may be pointing to other issues, rather than a crash.

So here’s a prediction for 2019. A number of high-profile digital brand-name companies are likely to end the year with stock prices lower than they are today.

And a number of traditional global blue chip companies – also well-known brands – will, contrary to the value players’ beliefs, also likely go lower. More on these in a moment.

Let’s begin with the rout that started in October, and is still being played out.

But not all these companies will struggle, with a fault line opening up between those that generate solid cash flow and those for which access to (rising) equity markets could be important as a source of capital if cash flows don’t quite measure up.

Snapchat, Twitter, Square and others may be on the wrong side of that fault line because of the failure to find convincing monetization models during the years of easy access to equity market funding.

Amazon won’t be in this group, and neither will Google, PayPal, Apple or indeed Facebook, for all its problems. And the reasons are simple – all of these companies have solid cash flow generation as well as balance sheet strength – cash at bank – from their core businesses. They don’t need to rely on a (dwindling) pile raised in the past few years through IPO’s.

Thus it was that when the Christmas rally happened, there were good bounces in some of the soundest companies; Amazon and Apple rallied around 10% in just a week.

At Loftus Peak our value add is carefully assessing which disruptor stocks have a strong sustainable growth path. We have never blindly invested in technology nor dismissed financial fundamentals in the process of picking stocks.

But this question isn’t just around high PE stocks; it’s about the entire global stock market and its interplay with technological change.

Online retail versus brick and mortar

Amazon eschewed the shopping mall, in the process giving itself a cost advantage which it uses to lower prices and offer home delivery – a better model than Walmart, which can’t offer delivery profitably because of its mall overheads. Every item it sells on-line, it first cannibalizes its own in-store offering, with a cost base enlarged by the infrastructure required to run delivery as well as a mall shop.

Or consider the electric car, which is technically superior (faster, cleaner) and less complicated to manufacture, pushing car companies to abandon existing infrastructure in fossil fuels. Porsche has already announced it will no longer make the popular mid-sized Macan with a diesel motor.

Porsche (and VW, BMW and Daimler, as well as Ford and GM) can’t just transition to an electric car for the same reasons that Walmart can’t do both malls and home delivery profitably. Carmakers must initially wind back internal combustion engine infrastructure while at the same time ramping up electric, which in the first instance will not move the needle on total sales, despite the huge cash drain. And so it is that Porsche will this year launch the fully electric Tayca. It will be a great car, which will sell only a few units, and will come at a cost to Porsche’s share price.

Find this hard to believe? Consider the 5 year performance of a basket of some of the car companies mentioned above. They have all been losing trades.

“Companies find it hard to change their business models because they are swapping the certainty of today’s cash flow – even if it is declining – with the uncertainty of a new model.”

I spent a fair chunk of my career at Macquarie Bank working on the share prices of media companies, including Rupert Murdoch’s News/Fox Corp as well as Fairfax, Ten and Nine, and then Seek and Carsales, among others, and have seen how digital disruption rolls from fairly close up.

Let’s take Disney and its recent purchase of Murdoch’s Fox for US$70b. It is a struggle to understand why the House of Mouse bothered. Both companies rely on revenue streams from the sale of programming (TV and movies) to cable companies (like Foxtel). And both these revenue streams are under threat from services like Netflix, which charge a$15 a month compared with the pay TV bill of US$100/month.

Murdoch has said that he saw the future of entertainment dominated by Netflix and Amazon, and realized his company could not compete. It was television, but not as he knew it.

Or consider Time Warner, which is being purchased by AT&T. Its business also is the sale of movies and TV into the cable bundle. Being bought by AT&T’s doesn’t fix any of that. AT&T is a mobile carrier in the US, with a satellite broadcast TV business which is essentially not interactive (in the way that content on a computer is).

Neither Disney nor Fox, or AT&T/Time Warner have an executed successful strategy for a world where TV’s have operating systems, like phones, and are app first, rather than channel first. This world is approaching fast, with Android, Amazon Fire and Roku, among others, accounting for 70% of the market of all new TV’s. 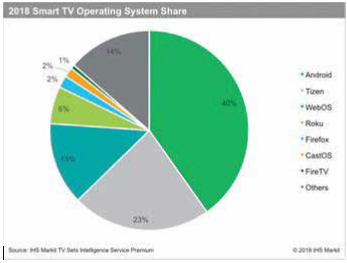 Companies find it hard to change their business models because they are swapping the certainty of today’s cash flow – even if it is declining – with the uncertainty of a new model. And managements have to deal with years of ingrained practices and remuneration structures for employees who only care about the next two year’s pay checks. Boards are the same.

If I was still at my old job today, I would say it is very hard to see how buying Fox content to deliver with Disney content – when both will see declining sales to the Netflix’ of the world – will be anything more than a losing game.

One is a natural killer of the other. Like the electric and petrol engine car. Like online and offline retail. Like solar rooftop power and the grid.

But which companies will survive?

Those with the business models which address the new way business is done, and with the financial metrics to wait out any volatility. We invest in companies like Amazon, Qualcomm and Apple, among others, because they are digital natives – born to expect change but grown up enough to know that financial metrics matter.

Access her secrets by subscribing to our newsletter and we'll send you her exclusive article "Eight Tips on How to Find Highflying Stocks".