November 2020 was one of the weirdest months I've ever seen. The fundamentals went in one direction – down - and the Stockmarkets went in the other direction - up.

The U.S. election result was close enough for Trump to argue the toss and dig in at the Whitehouse, while the Senate remains undecided. Meanwhile the COVID-19 numbers around the world took off with U.S. infections trending up exponentially. The U.K. started a 4 week lock down and it's stockmarket responded by having the best month in its entire history.

But in spite of the worsening situation, the U.S. markets have broken out to the upside and we are close on their heels. Now it's a case of trade what you see and for us this means investing in Mr Squiggle. Which one of the following images is the Australian Stockmarket over the past two and a half years and which one is my Mr Squiggle drawing? You probably can tell the difference but my drawing isn’t far off. So investing in shares in recent times is comparable to investing in Mr Squiggle... 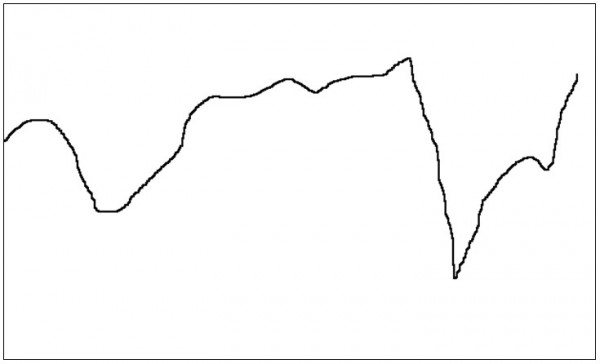 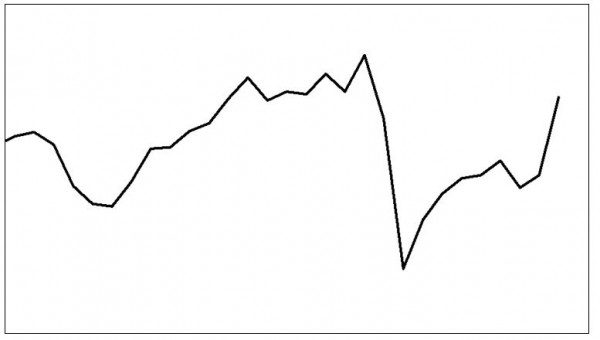 The second chart above is a monthly line-on-close chart of our ASX200 index. And just to prove it, below is the chart as it appears in my MetaStock charting program, complete with scaling... 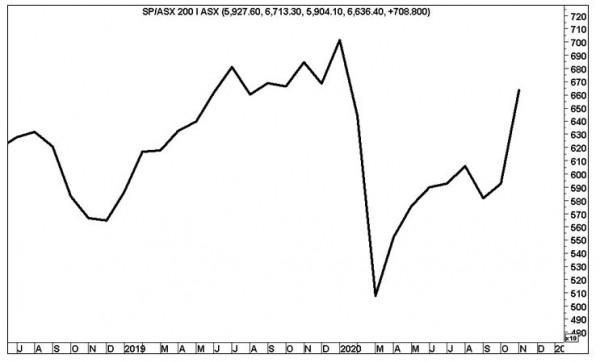 Now let’s assess it in terms of risk versus reward. If you invested in the ASX200 index over the time span shown in this chart then you would have achieved a return of 6.3% with a maximum return of 12.5% as at the start of 2020. But you would have been risking a maximum drawdown of 27.6%.

So in real time, would you now put money into this investment opportunity? This means that based on its recent history you could reasonably expect to achieve a maximum return of 12.5% while risking a potential drawdown of 27.6%. Doesn’t sound very attractive to me. What do they say about past results not being an accurate indicator of future returns? Share investors are probably hoping so.

What I'm trying to do here is to restore perspective, where I think many investors have lost it. So now let’s take a look at how easy it is to invest with hindsight and how investors beat themselves up by fixating on what they think is a missed opportunity. In the following chart of the ASX200 index I have circled the moment we ideally should have bought local shares…. 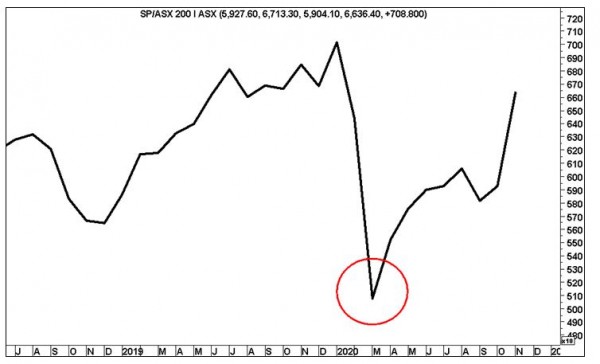 Now let’s look at it in real time. This is the situation we were facing at the end of March and I won’t bother to review the fundamentals...the U.S. political situation, the pandemic, foreign trade relations (or the lack thereof), civil unrest, etc. Suffice to say, there was lot going on and it was all bad… 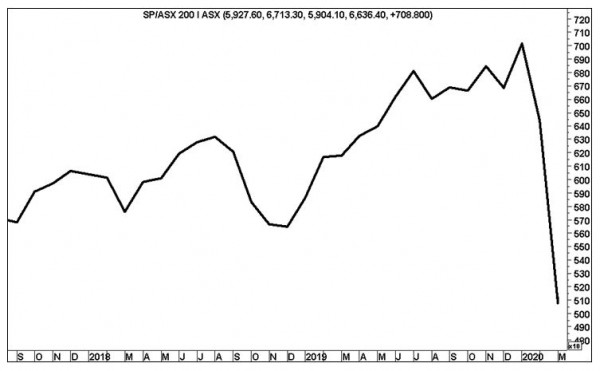 To buy aggressively into the market at this time would have been speculation and devoid of any risk management. However, by the start of June it was apparent Stockmarkets were on the mend and I recommended buying some growth shares. But only using strategies with tight risk management and trailing stop losses. I was also recommending protecting long term positions by hedging them. 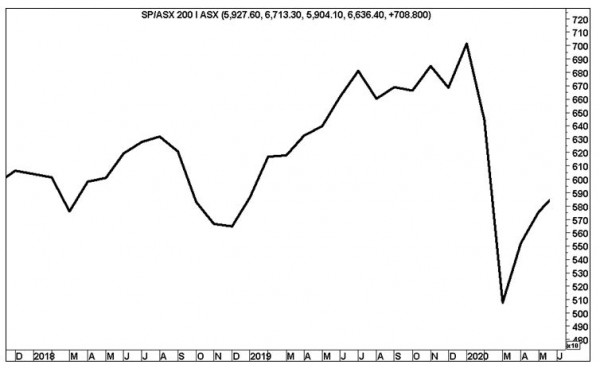 Take yourself back to June (as the above chart illustrates) when we knew that our market was capable of reversing without any warning and had just corrected over 27% in March. This is why I wasn’t about to buy shares using my longer term growth strategies such as the Blue Chip Report where the management technique is a 20% drawdown, weekly stop loss. This would have been very poor risk management.

So given the volatility, the only way to approach the developing trend was with short term growth strategies while staying close to market neutral with respect to long term holdings. The other factor is the growing bubble in the U.S. Stockmarkets…thanks essentially to stimulus. This bubble in the U.S. markets (the ‘Tech’ sector in particular) has continued to increase in spite of the deteriorating fundamentals. Below is a long term chart of the NASDAQ 100 index, showing how it's now rallying even higher… 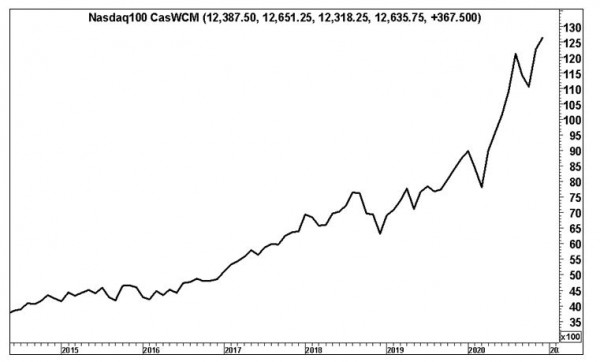 This bubble is going to burst and that’s a high probability event. I don’t know when and I don’t know from how high. But it can be reasonably expected that the NASDAQ 100 index will fall at least to it’s linear trend which is a drop of about 33%. On the fundamental front…the economic consequences of the COVID-19 pandemic have been delayed by stimulus and in most parts of the world (including Australia) this largely ends in 2021.

This means that if you participate in the current rally and don't jump out of the way quick enough, what you are seeing is little more than a mirage. Let's say you now buy a portfolio of blue chip stocks and manage them on a weekly basis. There is a good chance you will make a 10 to 15% return from this Christmas rally. A return that you will lose (plus interest) when markets do decide to reverse. So it's imperative that you employ the right tactics...or stay out of the way.

An idiosyncratic belief or impression maintained despite being contradicted by reality or rational argument….

Stimulus is the popular delusion and the charts show the madness of the crowd. But this is short term analysis. Over the longer term there will be some amazing opportunities, providing you have plenty of dry gunpowder on hand. So my way of approaching share investment right now is to split it into two different perspectives….having short term strategies (if you wish to engage in the current rally) and long term strategies which are all about protecting long term holdings from the current mania.

I will continue to trade what I see and I will advise & teach others to do the same. Lots of dangers and lots of opportunity…