In the current economic climate of (still) low interest rates, conservative investors such as retirees might start to consider investing more in equities to improve their chances of returns that keep up with inflation and avoid having to eat into their capital to fund day-to-day expenses.

However, there are various factors to consider before making such an investment switch and one has to be aware of some common behavioural biases that can hurt returns, especially when not used (yet) to the higher volatility of equities compared to bonds.

To first get some basics out of the way: I don’t recommended investing in equities with funds that one might need in the next 5-10 years, to avoid having to sell exactly when markets are falling. You need to have the time to ride out the ups and downs.

That being said, let’s turn to some common behavioural biases for every investor to avoid, novice or experienced.

My personal “top three” are the disposition effect, overconfidence, and self-attribution bias. To start with the first, investors are often keen to realise their gains, but hesitant to get rid of losing positions. This tendency of “selling winners too early and riding losers too long” has been labelled the “disposition effect”. This bias has negative wealth consequences, because often losing investments continue to underperform while winning investments continue to outperform. The disposition effect is driven by people’s psychological desire to avoid the pain of having to admit a mistake combined with the hope of a losing position turning around as well as the feeling of pride when realising a paper gain.

Apart from basic rules of thumb such as setting “pre-commitment” rules of when one should sell a losing stock so that one can make “cool” decisions when in an emotionally “hot” state, my own research shows some other ways in which investors can overcome the disposition effect. One is to “activate one’s superordinate savings goal”, or in other words, think about “the big picture” of why one invests in the stock market and the associated virtues of patience and long-term wealth accumulation. Doing so helps individuals reverse the disposition effect as it makes them realise that holding on to losers is not contributing to achieving one’s overall savings goals, while staying with winners is.

Another common behavioural bias is overconfidence. That is, investors typically think they are better than they really are and know more than they actually do. However, as the saying goes “A little knowledge is a dangerous thing”, and overconfident investors are prone to underperform by trading too much, under-diversify by picking individual stocks that “are the next big thing”, and attempting to time the market. In this regard, a behavioural solution that often works well is to simply commit an amount one is willing to invest in stocks each fortnight, and automatically transfer this into a well-diversified and low-cost mutual fund or ETF on payday. Doing so “takes the emotion out of investing” and is a great way to steady one’s nerves and stay the course during market turmoil.

This strategy of “dollar-cost averaging” has as the additional advantage that instead of trying to time the market (which is hardly ever possible), the fixed amount to be invested each fortnight results in more units to be bought when the market goes down and less when the market goes up, reducing the risk of buying at market peaks that comes with making large one-time allocations into the market.

Finally, a behavioural bias that feeds into the previous one is self-attribution bias. Self-attribution bias is a long-standing concept in psychology and refers to individuals’ tendency to attribute success to personal skills and failure to factors beyond their control. This bias is particularly troublesome in an investment context, as it can amplify individuals’ tendency to be overconfident.

That is, whenever you hold a winning stock, this bias leads you to conclude that you are a great investor. However, whenever you hold a losing stock, “the market was bad” and you are not to blame personally. As a result of this bias, investors might find it hard to learn from bad investment returns and fail to reconsider their investment strategy, instead adopting an “ostrich strategy” of ignoring losses and focusing on gains. 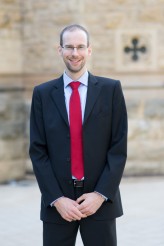 *Arvid Hoffmann is a Professor at The University of Adelaide. Before that, he was an Associate Professor at Maastricht University, the Netherlands. He has published his research on investor behaviour and behavioural finance in leading academic journals and his research has also been covered by international media, including the Financial Times, BBC Capital, Forbes, Bloomberg, Reuters, CNBC, and the New York Times. Arvid regularly advises policy makers, including ASIC, the European Commission, and the Netherlands Authority for the Financial Markets. He holds a Ph.D. in Economics and Business from the University of Groningen, the Netherlands.