Property market – where to now?

“Rental markets were already in a tightening cycle. The floods in New South Wales and Queensland have added further pressure in certain markets, such as the Northern Rivers region of New South Wales, where there was already a housing shortage, and for family-suitable housing in Brisbane,”  said Wargent said.

“All of the eight capital cities were already seeing a trend decline in vacancy rates with the honourable exception of Darwin, while many regional markets are, practically speaking, at full capacity” Wargent said. 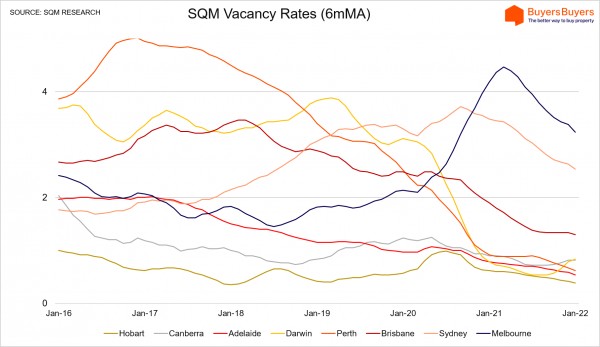 “Brisbane saw an estimated 15,000 homes flooded in this event, rendering potentially thousands of homes uninhabitable, and vacancy rates were already at decade lows there too. So the disruption is going to cause a good deal of friction in the rentals market.”

“More broadly, nationally the rental vacancy rate has fallen to around 1 per cent for the first time in over a decade-and-a-half, and there are further declines in the post as the international borders finally reopen and as total employment surges to record highs at over 13½ million this year,” Wargent said.

“Not only are financing costs set to rise but the cost of building materials and trades labour has also already jumped. The problem when you have a disaster with widespread impact such as flooding over two states is that this typically adds further pressure to the cost of labour and materials,” said Peleg.

“The HomeBuilder stimulus package was successful in getting more homes built for a period of time – and major renovation activity has been running hot - but approvals are now dropping away.” 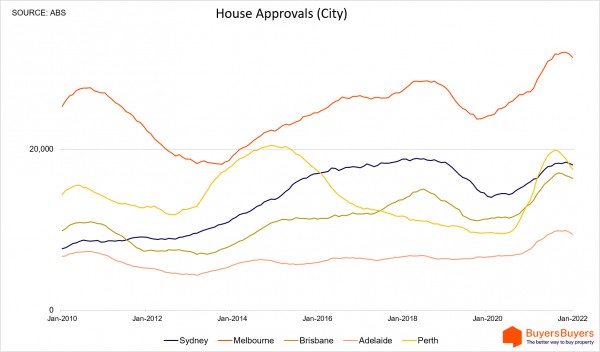 “Furthermore, there is considerably less demand from overseas investors, which means that attached dwelling approvals, in particular for high-rise unit developments, have failed to gain as much traction through this market cycle” Mr Peleg said. 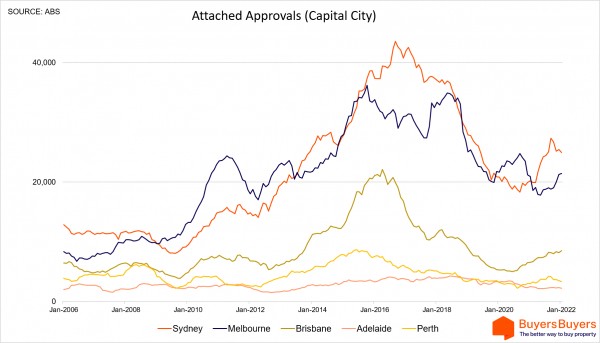 The recent announcement that Probuild may be heading into administration appears likely to be canary in the coalmine for the construction sector, said co-founder Pete Wargent.

“Profit margins are typically thin for developers and overlapping supply shocks have put a great deal of pressure on the cost of materials and labour.”

“Insolvencies have been exceptionally low for two years in the construction sector, but we can see that is now already changing, and further insolvencies will see many projects left incomplete as funding costs rise.” 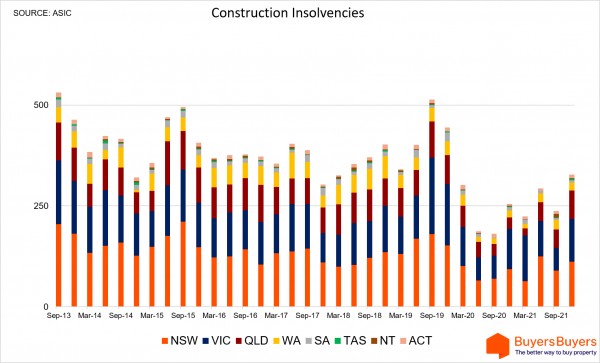 “Overall, there were already a range of factors which were conspiring to put a good deal of pressure on rental markets.”

“Talk of potential hikes in interest rates will naturally tilt the balance from buying to renting for many marginal households, and with landlords less eager to invest then the result is likely to be a rental crisis and double-digit growth in rental prices” Mr Wargent said.

*BuyersBuyers connects people looking to buy a property with some of the best buyer’s agents around Australia. The company aims to level the real estate playing field to give first time and experienced home buyers and property investors a personalised service with the advantage of having a property expert working for them, serving only the buyer’s interests.