Aged Care Royal Commission Report – What it means for you

The Royal Commission into Aged Care Quality and Safety’s final report (RC) is an important document for Australia. The Commissioners and their staff had a difficult task to review a complex area and identify the way forward to have lasting benefit for the community. Anyone with awareness of the sector is now hoping for large and positive reforms from the government on the back of this report. It will affect us and/or our friends and relatives.

The RC Final Report is many hundreds of pages, lists 148 recommendations, and has been more than two years in the making. The two commissioners Lynelle Briggs and Tony Pagone agreed on the findings and outcomes desired, but differed in several recommendations, and on the model of funding. The RC didn't set an amount of money needed, though clearly, aged care will soon need around double the funds currently allocated.

The RC report has documented numerous instances of abuse and neglect, negatively affecting our trust in the Aged Care system. The report points to a need for care, dignity and respect for the aged. It should also be noted that there are many good examples of care, where staff and management have done the best they could in a constrained system.

We are not here by accident and there is a long history of reasons for how we got to this point including:

The pessimists, and the good people in the sector, fear that the RC recommendations and increased funding will be only partly or superficially implemented due to factors such as a significant funding shortage, limited public/media attention and parliamentary discussion, and competing priorities.

On the other hand, the optimists hoping for improvement point to reasons such as: the ongoing media coverage of the RC;  a likely federal election within the next 12 months or so that pragmatically forces a credible response; and the fact that all political parties are calling for reform.

The ASX-listed (for-profit) providers report a significant drop in earnings and profits and share prices have tumbled. Under the current funding model, margins are tight and inevitably lead to rationing of care provision.

The government has said they will formally respond to the report ‘by the May Budget’. New legislation may be required, and history shows (e.g., from the Banking Royal Commission) that this can take around two years or more.

There is a large and long-running shortfall in Home Care packages - to help people live in their own home. The cost for ‘at-home’ care would be lower compared to residential aged care, and while not always possible, it is what most of us want - to age in our own home. However, it costs the Commonwealth government and has been heavily rationed. The 100,000 people on the homecare waiting list seems an obvious early priority for government to tackle.

Issues for you and those you care about

This is a testing time for Aged Care providers – they will be pressed to deliver more, provide better care, and stay financially sustainable. There is also the risk of cost-shifting between governments. The Commonwealth government leads taxation, revenue collection and regulates and funds Aged Care, yet the States lead Health and Housing provision. All of us should be alert to bureaucratic squabbling where they don't address the hard issues and ‘kick the can down the road’. Aged care needs significantly more funding, and for us, as taxpayers and consumers it is vital that we remain interested in how the sector is funded and how services are delivered.

With ageing demographics and structural underfunding, aged care costs will continue to rise. We are all likely to pay more for it, probably through a mix of taxation and personal contribution. The basic safety net for disadvantaged people requiring aged care will also be increasingly pressured.

People may hold interests in the for-profit providers (eg, ASX-listed Regis:REG, Japara:JHC , Estia:EHE) or in smaller providers. From this report, there are many issues for current or potential owners and shareholders to weigh up:

The government spends around 1.2% of GDP on Aged Care, and there are calls to increase the funding to 2.5-3.0% of GDP. There are unprecedented budget deficits, but the government’s focus is recovering from the radical impacts of the COVID-19 pandemic. It seems inevitable that to fund improvements to the sector, the government will need multiple funding sources and will struggle to cover the shortfall.  An increased tax/levy of 1-2% seems likely, although this also seems unpalatable. With the high funding shortfall, it it is increasingly likely that those who can afford it, will likely contribute more to their care. 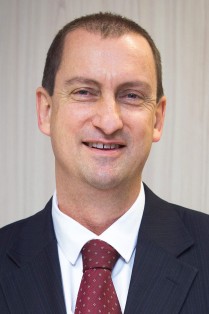 Peter Wells is a Non-executive Director at the Australian Investors Association, and Uniting (NSW/ACT), an Aged Care provider.  Wells is not a Financial Planner, and this is general comment, not investment advice and is not tailored to people's individual circumstances.

Thanks for a clear comprehensive and succinct report Peter on such a huge and important topic.

Good summary by Peter of a troubled sector.