The Evergrande saga and what it means for investors

Evergrande, one of the world's largest property developers/builders operating in the 2nd largest economy in the world (China), is the most indebted company globally, with approximately $416billion (AUD) in debt. It is presently defaulting on its loan repayments and is on the verge of collapse. It operates within China’s most critical and most significant sector being property and construction, an industry which contributes between 25% to 29% of their national GDP. The significance of these events is not just related to one company; they could have far-reaching consequences globally.

As we attempt to peel off layers of this incredibly significant event, we believe it certainly has the potential to be a catalyst of a deep and enduring crisis that might take years to resolve and will impact Australian investor's wealth portfolios.

Evergrande was founded in 1996 by Hui Ka Yan, who originally worked in a steel factory. The group made its debut on the Hong Kong Stock Exchange in 2009, raising $722 million in its IPO and peaked in 2017 to be the world's highest-valued property company whilst Hui Ka Yan became the wealthiest man in China. Its stellar growth was fuelled by two key factors – China's astounding urbanisation story and exorbitant debt.

China's accomplishments are as astonishing as Hui Ka Yan’s – it urbanised a nation of 1.4 billion people into high-tech megacities with impressive state-of-the-art infrastructure. It was not too long ago that China's per capita income was the poorest globally to the middle-class income levels of Chile, Hungary, and Romania. China is now the second-largest economy globally and is close to eradicating absolute poverty.

Despite these achievements, the Chinese property market has deviated from traditional fundamentals. As high as 22% of all properties (90 million properties) in China are unoccupied, fuelled by speculative purchasers invigorated by debt. Around 68% of Chinese wealth is stored in the property market, not shares or businesses. [1]

The Chinese property market kept expanding because investors and developers generally thought it was far too important for the government's economic aspirations to allow the property market to flatten and they turned a blind eye to the risks. Not just because it adds 29% to GDP but also because, unlike anywhere else in the world, Chinese construction industry encompasses the entire supply chain from the provision of nails to the building of kitchens and bathrooms, except for the raw materials traditionally imported from Australia.

China's property market is fundamentally imbalanced: too much housing, too little demand among owner-occupiers, and not enough people moving to the places where housing is oversupplied (creating ghost cities).

China's urbanisation rates and household formation rates arguably peaked when the working-age population declined between 2013 and 2015. The rate of new residential building projects just kept rising, and construction kept powering the economy. Such projects hit a new high in 2019, with developers initiating construction of around 18 to 19 million units [2].

Why containment is not an option

Despite the reassurance of Jerone Powell of the US Federal Reserve and Christine Lagarde, President of the EU bank, that Evergrande's exposure will be limited and contained internally in China (this now seems less likely), we believe Evergrande's troubles are only the tip of the iceberg. How many other Chinese developers are teetering on the verge of collapse? How do you contain them and not trigger a domino effect in the sector?  Our predictions are as follows:

Late in 2020, the Chinese government acknowledged it needed to rely on the property market for growth and curb debt to avoid the unavoidable.

New developers' financing regulations were imposed on three key financial ratios, labelled the "three red lines": future access to finance to developers will need to adhere to strict criteria, including liability to asset ratio of less than 70%, net gearing ratio of less than 100%, and cash to short term debt ratios of more than 1x.

UBS researched the most prominent 50 Chinese developers in January 2021. The key finding was that only 6.3% complied with all three key requirements[4].

Evergrande is getting all the attention right now, but it is only part of a broader weakness emerging in China's property sector. Sales are falling nationally in volume, by 8% in July, 16%in August, and around 33% (in 30 large cities) through September 25[5].

The government's latest form of intervention is to restrict discounting and pricing of new property by developers, not to exceed more than 15%, and to limit any increases to prices.

China is clearly on the path to reduce the Chinese economy's reliance on the property sector, as evidenced by the frequent official repetition of Chinese President Xi Jinping's words that "houses are for the living, not for speculation."

There are significant differences worth noting as below:

At best, China's economy will slow as it attempts to ween off its extraordinarily high reliance on property. China historically contributes up to 30% of the world's GDP growth[7] this alone is a material impact on the global economy.

We anticipate that international bondholders will become victims of this saga, losing their capital, impacting the returns of many international bond funds. Australia's trade with China is already on a downward trajectory and will continue to decrease over the coming years.

At worst, other Chinese developers’ international bonds will begin to default, and this will spook the global bond market and trigger a run-on capital, resulting in a credit crunch.

Investor sentiment can turn very quickly, increasing the cost of funds internationally and initiating a credit crunch. We have witnessed these cycles in previous crises, increasing cost of funds and reversing some of the gains within the share market and property market.

Investors should be aware of the risks, balance, and diversify their portfolios appropriately to withstand expected and unexpected shocks. It also demonstrates the power of investing in a defensive asset class such as direct mortgages ensuring your investment is secured by the physical and readily saleable assets to give you the asset preservation characteristics. 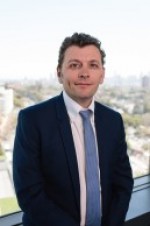 and commercial finance. He started his career within the business bank of Colonial State Bank. After becoming a senior banker, he started his own financial services business over 16 years ago. Miron’s expertise is economic theory and market trends, which is pivotal to assessing which investments MSQ looks to provide to our investors.

Msquared Capital , a non-bank lender, is an AIA sponsor. The company offers investors the opportunity to create a diversified portfolio of mortgage investments using appropriate tools and a proven platform to invest intelligently. Investors are paid consistently and on a monthly basis, whilst their investments are secured by registered first mortgages over quality real estate assets on the eastern seaboard of Australia. For more information, please contact Msquared Capital.

[6] Composition of the Australian Economy (rba.gov.au)