Two mistakes and the lessons I learned from them

Geoff Robinson, an AIA member from Victoria and participant in the Bayside meetings laments two investment decisions about when to buy and sell shares.

My first story starts with a decision to buy shares in Aguia Resources (ASX:AGR) in October 2015. The company was recommended by Next Mining Boom, based largely on a deposit of phosphate called Tres Estradas in southern Brazil.

An important argument in favour of the purchase was that Brazil imports about 65% of its phosphate fertilizer, the deposit was near to agricultural regions and would have a logistics cost advantage of about $50 per tonne over imports. There didn’t seem to be any complications and there had recently been a private placement of shares at $0.10 each.

Figure 1 shows the variation in share price over the time that I have been interested in this security. It also shows the timing of many share placements. 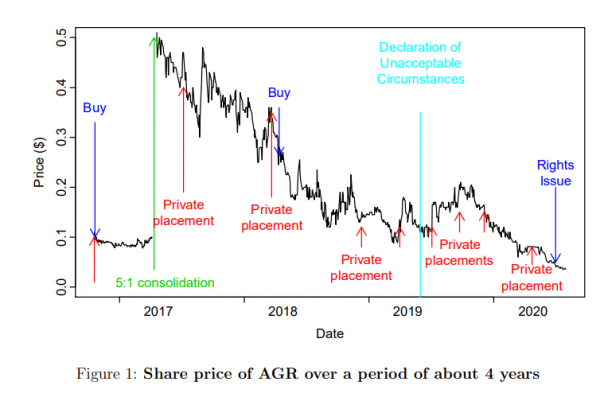 Figure 1 also shows the Declaration of Unacceptable Circumstances when the Australian Government Takeovers Panel ruled that five people and a company should be regarded as “associated parties”.

In essence, a small number of influential shareholders called an Extraordinary General Meeting and succeeded in replacing some of the directors of Aguia.

I viewed this as a positive at the time, hoping the new directors would focus on getting cash flow from the Tres Estradas phosphate deposit. But the share price has declined further.  I did not sell because my intention has been to hold until the company is valued by the market as an operating business.

While you can see from the graph that I have lost money from my investment in Aguia, my original reasons for investing still makes some sense.

I could regard the loss as bad luck as I do not expect all my stock picks to turn out well, but there are some lessons for me here that might prove useful for other investors:

I now have a more cynical attitude towards ASX announcements. Small companies seem to make a lot of announcements in order to advertise themselves!

This is consistent with a quote which has been attributed to the computer security expert Bruce Schneier:

Don’t make the mistake of thinking you’re Facebook’s customer. You’re not — You’re the product. Its customers are the advertisers.

I am less suspicious of the investment advice offered by staff of asset management companies. They offer free advice with the economic incentive that we (the product) will come to trust them and use their companies to manage some of our assets.

Another often-cited rule is that you should sell if you can no longer defend the logic that led you to buy a stock. I try to follow this rule, but it seems to have performed poorly in this instance.

I purchased these in January 2018 at $0.015. The reason for buying was that results from a clinical trial suggested that a cancer therapy of Imugene’s was about as effective as two existing therapies. I considered that this was stunningly good news for Imugene because it could be expected that Imugene’s therapy would have less side-effects than the alternatives because it was inducing the immune system to attack a cancer rather than using external substances to attack the cancer.

The logic behind buying was not particularly sensitive to the current market price for the shares. With the benefit of hindsight, the shares that I bought for $0.015 could have been sold for about $0.035 around four months later.

I missed the opportunity.

In July 2019, Imugene announced that it was acquiring Vaxinia. Its share price went up a little and I was suspicious that this would be another short-term price increase because Imugene had not said how it would pay for the acquisition.

Thinking about discussions at my local AIA group about using stop-losses, I told myself that I should sell my Imugene shares if the price dropped substantially. I watched trading volumes as well as prices for a few days before selling my shares for $0.025 on 1 August 2019.

For several weeks I was pleased with having successfully followed someone else’s selling procedure. The share price was around $0.021 for much of this time.

However, for a few days in November 2019 the share price exceeded $0.050, and the share price again reached this level in July 2020. Missing out on potentially large profits was disappointing. My efforts to follow other investors’ procedures cost me a lot of money in this particular case.

Of course, there are other cases where I would have avoided losses by following other investors’ procedures for deciding when to sell. So, what might I do differently and how can I learn from my mistakes?

These steps should help me to recognise when my opinions have some value and to acknowledge my personal weaknesses and biases.

Footnote:   Since I drafted this article in August 2020, I have purchased more shares in Aguia at $0.04 and the share price has risen to $0.08.  Shares in Imugene have risen to $0.13.  I have not updated the article because it is not about whether these shares are good investments right now.  Rather, it is about my emotions associated with investment decisions and how I have tried to improve my decision-making.  I think that I can usefully write about these things without being an expert investor. 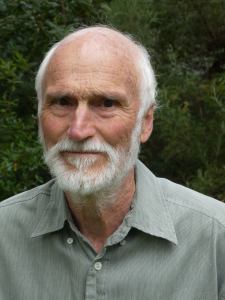 Mate, you are not alone.

I have a lot of similar experiences.