Why I Think Next DC is Undervalued

What’s going on with the share price of data centre provider Next DC (ASX: NXT)? Over the past year, it has massively underperformed other firms in both the tech and AREIT sectors. But with interest rates staying low, and the demand for data centre services booming, is its market valuation set to rise?

NXT’s equity story is at the epicentre of two of the most powerful forces driving share prices over the past couple of years – the structural growth thematic of the move to cloud computing and falling/low-interest rates that have inflated the valuation of long duration asset business models like NXT. But NXT’s share price has underperformed, not just a little but a lot. NXT has flat-lined when these other assets have seen their share prices boom. 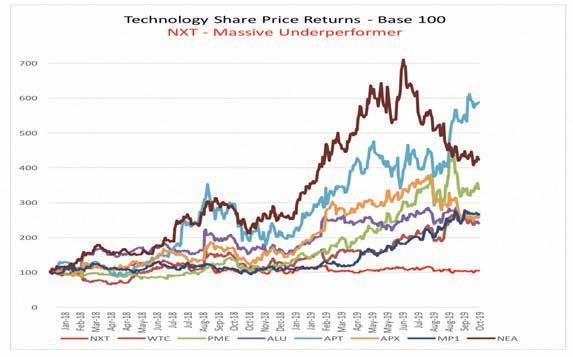 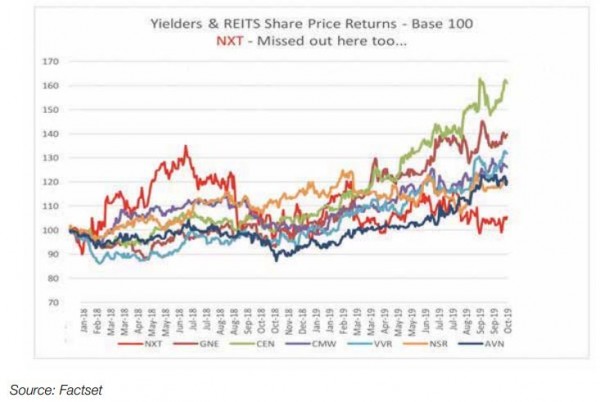 So why has this happened?

In our view, the answer is a combination of short term thinking (lack of earnings momentum) and NXT’s growth is capital intensive, which means its growth requires significant funding. The faster the growth = the larger the funding required. Let’s examine these issues.

To make money NXT rents data centre capacity to its customers, who buy blocks of power capacity required to run their technology infrastructure at peak power load and so investors track NXT’s power capacity sold in megawatts (MW). NXT has two types of customer – Hyper-scalers that power cloud computing (think Microsoft and Amazon), who contract in huge chunks of power capacity (5-10MW deals and rising) and retail customers who buy capacity in much smaller bite sizes. To win deals NXT must have inventory of its capacity to sell, in the markets where its customers want to be served.

The fastest growth engine in the business has been the Hyper-scalers and so far those customers have sought capacity mostly in Sydney. NXT ran out of capacity blocks big enough for Hyper-scalers in Sydney (S1) at the end of 2017, and its sales growth since then has been driven by the smaller retail deals. Effectively NXT’s rate of growth has slowed due to a lack of capacity to sell in the right place. This has resulted in an earnings growth “air-pocket”.

NXT management saw this issue coming and had plans to develop S2, an asset twice as big at 30MW of capacity, as S1, which we estimate will cost $500 million when complete. Management couldn’t get started on S2, given the significance of the investment, until it had line of sight on orders that could fill it in a timely manner. Today NXT has orders for 16MW meaning S2 is over half-filled, and the site is not yet completed building construction.

However, construction of S2 hasn’t gone to plan, the delivery is around 12 months late, lengthening and deepening the earnings “air-pocket” which has led to consensus earnings forecasts downgrades and a fall in investor confidence. This has been a critical factor behind NXT’s share price underperformance versus technology growth peers, with many growth investors just moving on.

We think that has created the opportunity as in our view earnings growth is about to accelerate. If S2 gets delivered it makes a huge difference to the earnings capacity of NXT.

We calculate that the operational EBITDA potential of NXT’s generation 1 assets – B1, M1, P1 & S1 – collectively is around $135 million. We think the potential in S2 alone is $75 million – a 50 per cent uplift. Management has acknowledged the delays to S2 have hurt, are focused on delivering the project and we expect that the construction handover will happen this year. And that’s a large catalyst for the stock, the end of the earnings air- pocket, with inventory to sell in the market with the biggest demand.

Our peer group selection for the Technology share price comparison above is (a little) unkind to NXT, as the other stocks in the chart don’t require anything like the same capital to grow as NXT. So why are we interested in the growth potential at NXT if it comes with such capital intensity?

In our view NXT’s assets when mature offer high returns and certainty of cash flows and they are long-life – 30+ years. Our analysis of the case study data for NXT 1 series of assets (B1, S1 & M1) suggests a return profile in the range of 15.5-19.5 per cent EBITDA/Capital, when we move the utilization assumption to full (97.5 per cent) – utilization is almost there, meaning the business model and returns are proven.

The return profile does differ, reflecting the end markets in each of the facilities – B1 being retail, higher capital per MW and higher return, S1 which we think is largely hyper-scale, lower capital density and a lower return profile.

At a high level, we estimate the total capital cost to complete its 1 & 2 series assets will be $2.2 billion and expect when full, will have the capacity to generate around $380 million of operational EBITDA, generating an EBITDA return on capital employed of 17 per cent. Not bad for assets with a life of 30+ years and next to zero maintenance capital required! We think investors will covet the income stream from these assets in the long run, and value the distribution potential in the same way as a REIT – but we will come to that later in the valuation section below.

On our math, NXT has a further $800 million or so of capex to spend on completing these assets over the coming 5 years. With cash of $400 million and undrawn debt facilities of $300 million at F19 and an EBITDA run rate of $100 million this year and growing, NXT has ample funding to complete the build of its series 2 assets over this time frame.

Our conclusion is that returns like these deserve funding and NXT has the capacity to fund these existing projects to completion using existing balance sheet means.

What about funding growth beyond existing projects?

NXT has acquired the land for its next DC asset to be built in Sydney, S3. Whilst the decision to develop S3 has yet to be made, we think it’s likely given the strength of the sector drivers in place – we are still early in the move to the cloud – and appropriate to consider the impact of this asset in our view of valuation and funding envelope that we assume for NXT.

S3 is expected to be 80MW, which is massive. We expect that this will be staged over multiple developments rather than built-in one hit, maybe in 20MW chunks. NXT hasn’t disclosed the capex associated with the project but we estimate this could be approximately $1.2 billion over a 7-year period; we assume this starts in late F22. In keeping with how NXT has developed major projects in the past, we expect NXT to commit capital to such a large project only once it has line of sight on customer orders that would fill each incremental stage of what would be a multi-stage, multi-year development project. NXT will only build it if the demand is there for the product at the price NXT can build it for.

Our modelling suggests that NXT can fund the first stage of S3’s development (Land – paid for, building shell and first 10-16 MW of capacity). Beyond that, the funding envelope depends on how fast demand determines the development gets built. Slow and NXT can fund out of existing balance sheet means, fast means more likely that NXT needs to add to its sources of funding. Here in our view, NXT has options and these include sale & leaseback of its existing land & building assets (1 & 2 Series assets = $880 million) with a suitable partner, or of course equity. Our view is that raising extra funds to grow faster would be a good problem to have. Particularly in the context of our view on valuation.

How we value NXT

Our valuation view of NXT reflects its long-term asset nature and is cash flow based on what we believe is a conservative set of assumptions. We include the development of S3 in our valuation. We apply a Cost of Equity (CoE) that reflects the risks associated with the development phase of the asset in the early years –12 per cent, declining to 7 per cent when the model assumes NXT stops developing and starts to harvest the cash flows from its asset pool. NXT at that point looks a lot like a REIT, with cash flows steadily slowly growing from low price and cost inflation assumptions much like the rental income profile from a long WALE office tower in a CDB location, except the tenants are the digital infrastructure and data that powers the cloud. On that basis, we value NXT at $13 a share. Being a long-term asset NXT’s valuation is very sensitive to that long-term cost of equity assumption. By way of a benchmark, the small-cap REIT universe is currently yielding somewhere between 5-6 per cent. If the market’s view of long term interest rates continues to be low then NXT is a likely valuation beneficiary as the table illustrates. 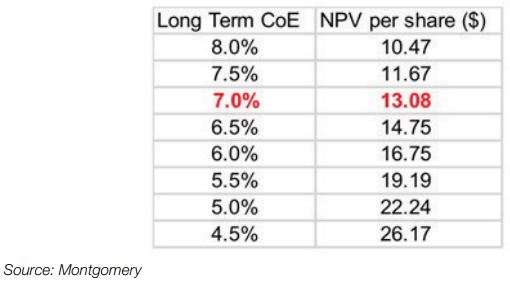 Today NXT shares trade at $6.40, so there’s a lot of value on the table if you can take a long-term view and see through the earnings headwinds and perceived funding pressure.

We like NXT’s combination of exposure to strong growth themes, management with a proven track record of developing high-quality assets and making good returns, the quality and duration of NXT’s assets and the scope for considerable valuation growth over time as indicated by our long-term valuation model.

We don’t expect NXT to re-rate tomorrow to the $13 our value model suggests but see the upcoming completion of NXT’s S2 data centre project as a significant catalyst on the way.

The Montgomery Small Companies Fund owns shares in Next DC